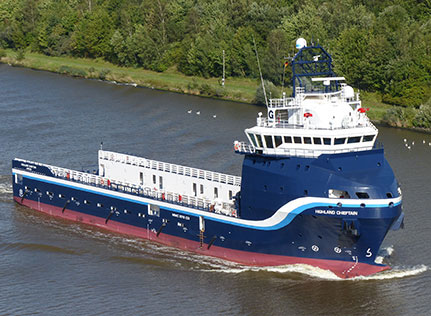 Every time there’re more and more companies interested on this Unmanned Ships topic. Now the biggest of the Shipping Industry, and even those who doesn’t belong to this industry, started to make some noise and probably they will surprise us sooner than later, with a new high tech toy.

At the beginning this looked like a Norwegian thing, but now there are more and more companies supporting this new challenge. Just to name a few, Wärtsilä , Rolls Royce and Google are some of the big names that come to the conversation when talking about unmanned ships.

This year we heard about some companies joining to the One Sea Alliance and the test groups and their willing to build the first fully remote controlled vessels, in nothing more than 3 years! What, at the beginning, sounded like a crazy talk, now is becoming more and more serious than ever.

On September 2017 there was big progress, the Gulfmark Offshore OSV (Highland Chieftain) was remotely controlled for 4 hours, from 8000 kilometers of distance by DP (Dynamic Positioning).

Rolls Royce and Google also announced a partnership to achieve autonomous strategies, which probably will start with remote monitoring for fleets and some onboard systems.

One thing is for sure, these new technologies, the anti fouling systems, the remote control, dynamic positioning, strategies and the revolution in all its meaning, of the Shipping Industry, will bring a lot of controversy. Some big changes will come too, and not only on hulls and propellers, a whole system is about to be implemented and big changes are to come along with it.